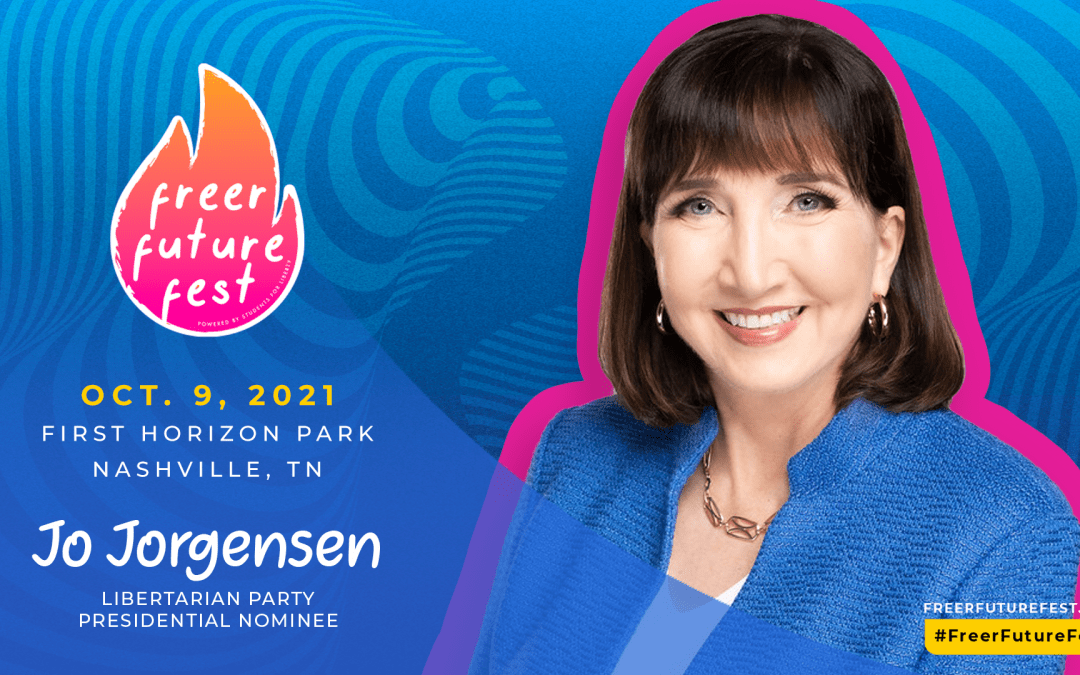 “Having traveled the country in 2020 while running for office, I am aware that young people are keenly aware of how the “new rules” that they are being asked to live with, are in fact setting the groundwork for a much more authoritarian state than what the previous generation had to live with. I’m excited to be on stage at a Students For Liberty event. SFL is one of the very few organizations that have remained true to the core liberty ideas of consent and tolerance through the last 18 months. It is important to me to be speaking at the Freer Future Festival,” says Jorgensen.

Jorgensen will discuss the cultural implications of a free society in her address at Freer Future Fest called Freer, Better, Faster, Stronger.

Freer Future Fest is open to the public and invites members of the press to register to attend for free. If you would like to cover the event or Jo Jorgensen’s address, please contact Julia Kril, Students For Liberty’s PR manager at [email protected] by by phone at +39 331 146 98 36.

Freer Future Fest is an annual student festival hosted by Students For Liberty. Freer Future Fest brings together some of the most respectable and well-known speakers and activists in the liberty movement from around the globe to discuss the philosophy of liberty, and host an open discussion with students across the ideological spectrum.

Learn more about the Freer Future Fest at www.freerfuturefest.com